Fiorentina steak and the techniques for cooking it 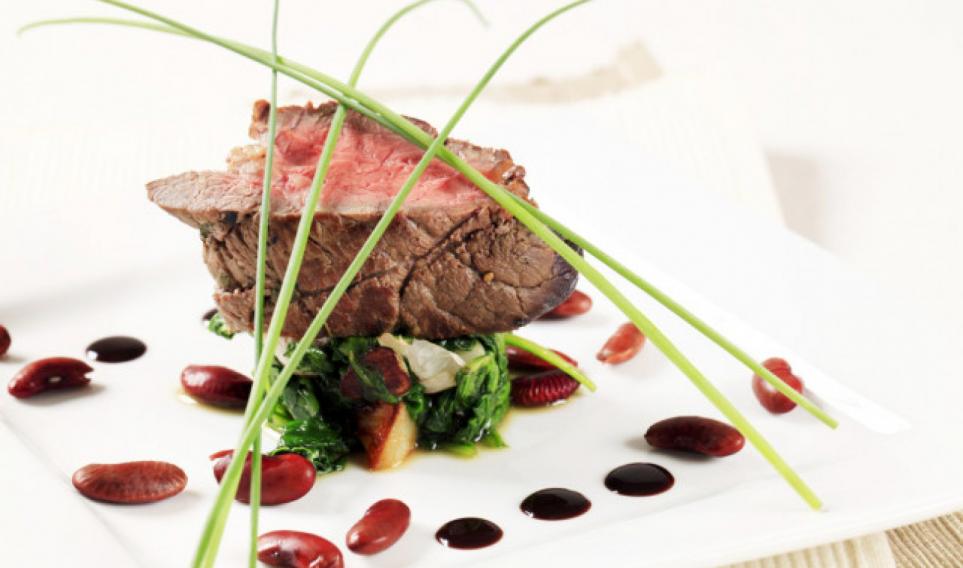 Fiorentina steak and the techniques for cooking it

The steak "alla fiorentina", or simply Florentine steak, is an iconic Tuscan second course, known throughout Italy and beyond. Its T shape, the inevitable bone and the important thickness have decreed its success and glory. It is an institution, the yardstick for those who enjoy barbecue.

It is not just grilled meat. The selection of the steak, the breed of the animal, the height of the cut and the cooking have strict parameters, rules not written but known to the fans, to be followed to the letter to obtain the best possible result. Of course there are no regulations, but in Tuscany they are extremely scrupulous about their most famous dish.
Here revealed all the secrets of the most beloved t-bone steak in the world.

Steak: a precise cut of meat

Such an animal could only be the father of a very fine cut of meat. As we were saying, when talking about Florentine there are strict rules to be respected: it is necessary that the steak responds to precise dictates for shape, thickness and flavor.
To deserve this name, the meat must come from the cut of the sirloin, and this must be done from the lower half of the back, in correspondence of the lumbar vertebrae. The vertebral column, the distinctive feature of every t-bone steak, is a must.

As you will have guessed, the animal indicated for steaks is the Chianina calf, but also the Maremmana, the Marchigiana and the Romagnola are tolerated, which can be slaughtered only if between 12 and 24 months old, as established by the Consortium.

Ruining a perfect steak with bad cooking is a sacrilege, a capital sin never to be committed.
Experience is the greatest teacher. There are no fixed and predetermined timescales. Depending on the weight of the meat, in fact, will vary the time it will spend on the grill. Some good practice exists, however, and it is good to know it to start off on the right foot, even if you are not an experienced cook:

1. The embers. The Florentine is barbecued. Stitch. This must be at very high temperature. It must be impossible to keep your hand near the fire. Before putting the meat on the grill, wait until the flame has completely died down. The meat will cook at a fair and constant temperature, and you will not risk to burn it leaving it to roast on a live flame.
2. It is important not to pierce or season the steak in any way. No more oil and salt. No flavor must alter that of the meat. Salting should be done on the table.
3. Cooking must be at least 4 minutes per side, or at least until blood droplets appear on the surface, a sign of perfect cooking. Only then can the steak be turned and cooked on the opposite side for the same time.
4. To do like real experts, it is suggested to turn the steak just once.
5. Here is the "secret passage". After cooking it on the sides, the Florentine steak will go straight on the bone for at least two minutes, so as to cook even the part less heated by the embers.